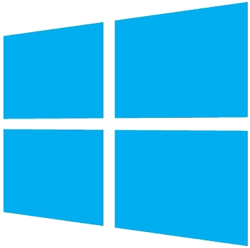 Does not work :( Source and copy have identical SID. The ‘GenerateNewId’ parameter does not change this. You avoid running all these updates again, but no way of getting round not sysprepping the imported vm. Damn.

Running a Server 2012R2 Hyper-V Server. Exported a VM and absolutely 100% failed to import the exported VM again. Looks like running a Hyper-V manager from Windows 10 is a bad place to be. So install a fresh 2012R2 - only for running the manager. Exported from a Hyper-V manager installed on a 2012R2, from a host running 2012R2 Hyper-V Server. What could go wrong with this? Export is running fine (again), and export format is version 8 again. So Hyper-V Manager is exporting a format it cannot import. That is ... beyond strange. So MS is thinking something like: Export, update host OS and then import. As the Eurovision judges from Belarus say, “nil point” (stole that quote).2016 should be able to import version 8 VMs, but have to try.

In short: Export from Hyper-V Manager and import with Powershell Import-VM cmdlet.

Have only refitted a ova from cloudarchitectblog.wordpress.com

Adding the feature, result in the error message below: A hypervisor is already running.

Project: Clone an existing VM and register the clone as a new VM. Using both WinSCP and Putty. You need to enable and start SSH on the host to be able to do this.

Looks like VMware change the USB driver method and only put vmkusb driver instead of XHCI/EHCI/UHCI/OHCI.

virtuallyghetto: No suitable disk was found when upgrading to ESXi 6.5 on USB?

Upgrade ESXi 6.0 to 6.5 from command line, if web traffic is OK with the host.

Something went amiss here: For one of the hosts (an old Dell PowerEdge) the update did not succeed. After reboot the host was back on 6.0.0. Looks like 6.5 was installed on a disk drive (and not the USB stick). After reboot, logs shows not evidence of the update (for the 6.0.0 installation on the USB stick).

If anybody is using the online update (as described below) to update an 6.0.0 on a (USB) stick - please let me know.

What you need: A null modem, a CF card (and CF card reader), physdiskwrite and putty or something similar.